In the last few weeks, the latest hit single “I am” from “Heroes Wear Red” has been rocking South African air waves. The release of the latest single saw them reaching the number one spot on top national Radio stations and various campus stations. Heroes Wear Red is the name that gets mentioned a lot lately, and as with all emerging bands, it is important for the proudly South African girls to know a few facts about our Heroes.

Heroes Wear Red is a rock band that was formed in 2006 and was originally called Bloodmoney. In 2007, the band decided to change the name to Heroes Wear Red coinciding with the release of their debut album Surviving September. Founding Members Gavin Wienand and Timothy Kroon proved to be a formidable song writing team. The HEROES were rounded off by the addition of drummer Patrick Smith and guitarist Tumi Mothei.

On the band name, Tim Kroon explains that “red symbolises a lot of important emotional contexts; the heart, love, compassion, so saying – we’re not afraid to be who we are, to write songs that touch people’s hearts and minds.”

Of the album title, Kroon says that “September was a significant month for everyone in the band. We went through a lot of change in our personal lives and as a band. It was a difficult time, and subsequently a lot came from that. The album managed to survive this process, and so did we. Thus the aptly titled ‘Surviving September’. I think that what I’m most proud of is that whether you love listening to jump up rock ‘n roll or great melodic pop, everyone should be able to find something that they love in this album,” says Tim.

Heroes Wear Red deliver driving rock anthems with beautiful melodies, strong lyrics and powerful riffs. Their music furthermore has a strong pop sensibility with material that is as critically credible as it is accessible. The subtle use of programming, combined with energy of a rock band that delivers strong pop songs is a formula which proves to be fresh and widely appealing.

Frontman vocalist Tim Kroon, despite his relative youth (at just 23 years), has made significant inroads into the industry with numerous regional music competition titles under his belt, the most significant of these being awarded the Steven Tyler Scholarship from Berkley College of Music (Boston, MA, USA) in 2005.

Gavin Wienand – bassist and founder of Bloodmoney, is also a decade long member of the Sugardrive. The Bloodmoney project was more than two years in conception for Gavin, stemming from an initial desire to further his writing and production skills outside the Sugardrive dynamic.

Tumi Mothei plays the guitar. Despite being very young, he has over 12 years experience in the entertainment industry. He also own and run my own production company called “TinHouseProductions”.

HEROES plans to carry its sound work ethic into a new phase of this album with national tours and a new wave of promotion. There are even rumors of international performances planned for the next year. Exclusive merchandise, new and unreleased material online, and music videos are all to come… NOW is the time to listen.
Here is the gig list for the band for the month of December, go and check them out: 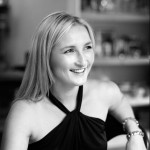 Evegenia Poplett is a wedding planner and fabulous mother of three. Shes smart, sexy and stylish and is an inspiration to all women who’ve been in the labour room! Being a mom is no excuse to be unfabulous!