The enticing collaboration of Cape Cobra and “the boys‟ at the Arise: Made in Africa Spring 2012 collection brought New York to where traditional Africa meets modernity. The collection saw a fusion of ivory and neutrals with bold splashes of colour in romantic silks, West African lace and exotic leathers.

Aoife Kelly de Klerk, marketing executive of Cape Cobra, spoke about the collaboration:- “A synergy exists between Cape Cobra and Kluk CDGT due to a shared passion to create products for our clients that impart luxury, exclusivity and timelessness. It is an wonderful opportunity to bring passion to the world fashion stage”.

Malcom Kluk, director of Kluk CGDT, described the show: – „Our presence here at New York fashion week will give the world an understanding of the sharp and feminine aesthetics combined with fine workmanship and unusual embellishments that form Kluk CGDT. This collection was made to convey the softer and more romantic side of Africa and the collaboration with Cape Cobra Leathercraft enabled us to offer the ultimate solution”.

The ARISE: Made in Africa show took place on September 15th at the Avery Fisher Hall, Lincoln Centre, New York City. It was the fourth ARISE Designer Collection Show in New York.  The theme for this years show was „Made in Africa‟. Leona Lewis also made a special performance on the evening. 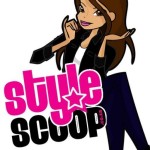