Home » In Their Shoes

Some of fashion’s darlings are using their powers for good.

A host of celebrities including Kate Moss, Naomi Campbell and Kylie have all designed and customised a pair of Adidas’ sneakers to raise money for the Stonewall charity.

The designs are part of an exhibition arranged by Platform 6 who will auction off the shoes before displaying them. All proceeds will go towards the charity which focuses on lesbian, gay and bisexual issues.

The group of celebs which also include Boy George, Elton John and William Baker all tried their hand at customising a pair of Adidas Stan Smith. The tennis sneaker was a fan favourite but was unavailable for the past two years. With the launch of this exhibiton, it will be back on the market.

Once the shoes have been auctioned off, they will be displayed at The Bargehouse in London. 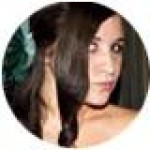